I’ve often wondered, when making a small purchase at an airport, why the retailer wants to view and scan my boarding pass.

Such requests are often irritating, as when I travel with my family, my wife often carries all our boarding passes as far as the boarding gate. 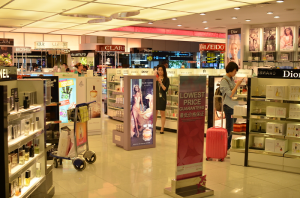 On occasions, I’ve opted not to buy a book or magazine because I simply couldn’t be bothered going back to her to locate my boarding pass.

But, like everyone else, I’ve put it down as one of the multitude of pointless inconveniences that we all encounter when we travel by air.

But last weekend, it emerged that this practice is not pointless at all – but part of a lucrative VAT avoidance strategy by major UK retailers such as WHSmith, Boots and Dixons.

It enables them to take advantage on a little-known VAT exemption on goods sold “for export” outside the EU.

Today, the Dublin Airport Authority confessed that it operates a similar ploy to cut its own VAT bills.

But crucially, in common with the big UK airport retailers, it doesn’t pass those savings on to customers.

So we have a situation where an airport shopper pays €10 for an alarm clock, she automatically assumes that the price includes 23% VAT. If she is travelling within the EU, the store duly pays the €1.87 VAT element to Revenue, on her behalf

But if she is travelling elsewhere, to any non-EU destination, the shop conveniently gets to keep the VAT on her alarm clock.

Isn’t this a great system!  It is – but only for the retailer.

The lady with her new alarm clock is blissfully unaware that the she has overpaid for it by €1.87. We can safely assume that the retailer’s accountants aren’t as naive.

I’ve often remarked that VAT is the most complex, and the most evaded (and avoided) of all taxes – and in many cases its byzantine exemptions and loopholes are a lovely little earner for big retailers.

And its not only in airport shops that this is an issue.

Some years ago, a British economist drew attention to what he termed “the Mothercare subsidy” – the fact that VAT-exempt children’s clothing and similar items were no cheaper to consumers than other goods on which full-rate VAT was levied.

Over the years, this anomaly has lavishly boosted the fortunes of chains like Mothercare who sell a lot of baby wear – and charge remarkably high prices.

Over 30 years ago, an Irish government famously collapsed after it failed to impose a VAT charge on children’s shoes.

Yet today in Ireland, VAT-free kids’ shoes are every bit as expensive (or perhaps more so) as VAT-liable shoes for grown-ups.

This latest controversy is unlikely to ignite a much-needed root and branch reform of the VAT system.

But in the meantime, airport shoppers will be well advised to keep their boarding passes in their pockets, and produce them only when they’re happy that the retailer is passing on the full VAT saving to them.

A small victory, but hey, it’s your money. And you can be sure that they win the rest of the time.