Skip to content
June 8, 2015 Tommy McGibney Capital Acquisitions Tax Comments Off on The ‘Inheritance Tax Trap’ That Hurts Us All

It is great to see the Irish Independent today highlighting the Inheritance Tax trap, where ordinary families are being hit by enormous tax charges on even modest inheritances.

The tax free threshold for parent-child gifts and inheritances has been cut by almost 60% since 2009.

Now, increasing property prices mean that more families than ever are being hit by Capital Acquisitions Tax (CAT). 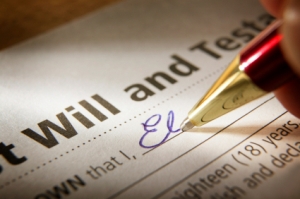 This is bad news, and not just for those receiving inheritances and gifts:

The situation is actually much worse for those who wish to leave assets to nieces, nephews or other relatives, where the tax-free thresholds are pitifully low.

Our high CAT regime is clearly delaying economic recovery, and must be reformed without delay.